According to a recent study from Ohio University Turmeric can reduce risk of heart disease, inflammation related intellectual deterioration that will promote the health of the elderly.Researchers led by Robert A. DiSilvestro  found a low dose (80 mg/d) of a Turmeric-lipid preparation (as Longvida Optimized Turmeric from Verdure Sciences) conferred many benefits in healthy middle aged people.

In this study, the researchers recruited 38 men and postmenopausal women participants, age range from 40 to 60. They were given either Turmeric (N = 19) or placebo (N = 19) for four weeks.

Longvida Optimized Turmeric lowered triglyceride values as well as two non-lipid related measures relevant to cardiovascular health. One of these effects was an increase in plasma contents of nitric oxide, a molecule that can work against high blood pressure. The other cardiovascular-relevant effect was a lowering of plasma concentrations of intercellular adhesion molecule (sICAM), a molecule linked to atherosclerosis. 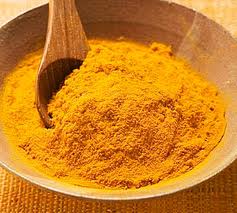 The results show that Turmeric supplementation raised plasma myeloperoxidase concentrations, a part of both normal and inflammation-related white blood cell function.  Low myeloperoxidase levels are associated with lower immune function. This effect was not accompanied by a rise in plasma levels of c-reactive protein (CRP) nor ceruloplasmin values, both of which can be markers of inflammation. Afterwards, Turmeric supplementation reduced plasma contents of beta-amyloid protein, a maker of brain aging, especially in relation to Alzheimer’s disease.