Formononetin is an O-methylated isoflavone. It is found in a number of plants and herbs like the red clover. Along with other phytoestrogens, it predominantly occurs in leguminous plants and Fabaceae, particularly in beans, such as green beans, lima beans, soy and many others, as the free aglycone or in form of its glucoside ononin.ebiochem.com

It is an active constituent of the Chinese herb Astragali Radix, has been reported to have beneficial effects for Alzheimer’s disease (AD). Yet the mechanism of this effect remains to be elucidated. The present study shows that formononetin increases soluble-AβPPα (sAβPPα) secretion and thus protects human-AβPP Swedish mutation cell (N2a-AβPP cell) from hypoxia-induced apoptosis. Using hypoxic N2a-AβPP cell as an in vitro model of AD-like pathology, we confirmed that regular treatment with formononetin could have neuroprotective effects, followed respectively by reduced caspase 3 activity and increased cell viability. Strikingly, our data revealed that the caspase 3-blocking effect of formononetin was largely mediated by stimulation of α-secretase cleavage of AβPP, and increasing the secretion of its soluble form, sAβPPα. Moreover, the protective effect of formononetin was totally inhibited by TAPI-2, an α-secretase complex inhibitor, suggesting the role of the sAβPPα pathway in the neuroprotective response to formononetin. We also found that the stimulative effect of formononetin on α-secretase activity was mainly conducted by upregulating ADAM10 expression at the transcriptional level. Altogether, our study provides novel insights into how formononetin mediates stimulation of the ADAM10-sAβPPα pathway and exerts a neuronal protective effect. 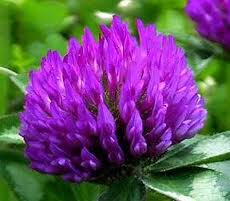 Besides, it is widely used in health care products. It contains scarcely any heat capacity. It can prevent adenocarcinoma of breast, prostatic carcinoma and carcinoma of colon, improve osteoporosis and mehopausal syndrome obviously.  Nor can it fat persons. After digestion and metabolism, Formononetin turns into genistein, raising the active isoflavones in blood. It also can reduce blood lipids and induce dieresis.ebiochem.com