Krill are shrimp-like crustaceans eaten by blue whale. The oil extracted from these crustaceans contains important omega-3 fatty acids such as EPA and DHA, found in fish oils. Krill oil also has a high amount of a potent antioxidant called astaxanthin along with small amounts of vitamin A and vitamin E, and perhaps small amounts of other beneficial compounds.ebiochem.com 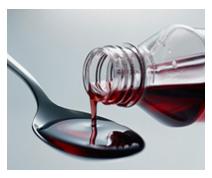 Krill oil contains omega-3 fatty acids, which is the main reason it’s becoming popular as a nutritional supplement. Unlike many other antioxidants, astaxanthin crosses the blood-brain barrier, where it could theoretically protect the eye, brain and central nervous system from free radical damage. ebiochem.com

Some studies indicate it to have potential benefit in maintaining healthy cholesterol and also to play a role in premenstrual syndrome and menstrual cramps. More research is needed before determining with confidence the role of this supplement in health and disease. I also need to see more research to determine if krill oil supplements offer any major advantages over fish oil supplements. Until head to head comparisons are done, it would be premature to claim that krill oil is better than fish oil, or vice versa.ebiochem.com