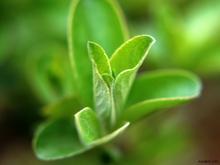 Initially, ursolic acid was not thought to have medicinal qualities. Despite this, it was still traditionally used in alternative medicine. Its first pharmacological use was to aide in the making of oils and lotions, but not as an active ingredient. Eventually with further research, its anti-inflammatory, antifungal, and antiviral qualities were discovered.

Ursolic acid is also sometimes called urson, prunol, or malol. Other acids that have similar chemical compositions — and therefore similar pharmacological and cosmological uses — include betulinic, moronic, and oleanic acid. Each of these also has anti-inflammatory, antifungal, or antiviral properties and are carboxylic acids, which are the most plentiful of the organic acids. ebiochem.com

Ursolic acid has an exceptionally low toxicity. This dermatological harmlessness makes it extremely valuable, as it can be used in a large number of products. It is proven safe for both external and internal use as well. ebiochem.com

In cosmetics, ursolic acid has a variety of applications. It is used to treat and prevent scalp irritation and to stimulate hair growth. It may also help reduce or stop dandruff. It’s ability to stimulate blood flow is what makes it especially useful in treating scalp problems. ebiochem.com