This article is from SCI.

Science has spoiled us. Whether it’s a new planet that seems a lot like Earth, wireless technology innovations or the cloning of extinct creatures, we have become accustomed to brilliant minds bringing us new wonders. It’s hard to understand them, or even keep up. So we have decided to give you a sneak peek at the future. This way, you have time to wrap your head around the next big things, plus be the first to tell your friends.

1. Most animals will speak one day.
(We don’t mean that they will all speak on the same day and never again.) The study will cost several billion dollars, but the findings will be startling. Over the next several hundred years, virtually every creature on Earth will develop language skills. Further study will reveal the following: Squirrels will speak Spanish very rapidly; dogs (and wolves) will speak English with an Irish accent; cats of every size will speak French; fish will speak German. For the full list of animal accents, please wait for the press release sometime in the near future.

2. The coldest place on Earth.
Researchers will find three acres in Antarctica where a year-round temperature of minus 147 degrees Fahrenheit is maintained. They will name it “Bitterbitterbitterburg.” It will be the fervent hope of scientists and genteel people worldwide that this location will one day replace any part of a witch’s body when describing how cold it is outside. 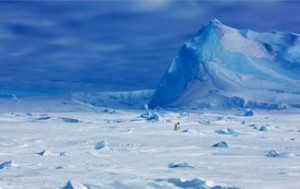 3. The ancient Romans made up the existence of the ancient Greeks.

Scoffers at history as simply “the gossip of dead people” will be vindicated when archaelogists stop studying the sex pictures in the ruins of Pompey and uncover the entire hoax on a tablet hidden behind a depiction of bodily pleasures that Dr. Billy Tom Thomas calls, “disgusting and infinitely intriguing.”

4. Sticks, stones and names all hurt.

Psychologists and psychiatrists will agree with a discovery first uncovered by chiropractors: That some names can cause harm to people. Those names include, but are not limited to: Dummy, Stretch, Big Nose, Myrtle, Four-Eyes, Pinko and Bill. http://www.ebiochem.com/

Science will finally discover the highest number. Long thought to be infinite, numbers apparently do have an end point. Noted algebra teacher Mr. Sigda will comment, “The concept of infinite numbers really was overly optimistic and kind of silly when you sit down and think about it.”

6. The planet made entirely of milk chocolate.
Astronomers will be shocked at first, but soon come to realize that in an almost infinite universe every possibility will eventually be realized. The planet will be so far from Earth that it will be impractical to fill our milk chocolate needs there for at least 500 years. Federal authorities will investigate the possibility that chocolate manufacturers knew of this planet but kept it secret, citing chocolate products with names like “Milky Way” and “Mars.” http://www.ebiochem.com/

7. No one discovered America.
Carbon dating and other very complicated scientific processes will determine that it was always there.

8. Yawning is contagious, and can kill.
Studies at the Van Winkle Institute will prove once and for all that the affliction that teenagers at family gatherings with cousins that are too young or too old for them have long tried to tell the world about … is real: A person can be bored to death.

9. Cell phones do not cause brain cancer.
However, they will be shown to cause brain deterioration over time due to the added usage required for the thinking, speaking and general kvetching they make “necessary.” It seems that ideas that were simply thought and dismissed in years past, are now fully formed into semi-coherent “brain blogs” and distributed via cell phone throughout one’s circle of friends, whose brains are, in turn, further deteriorated by the process.

10. Socialmedium.
Let’s give a big welcome to the newest element on the periodic table. The most unusual aspect of this soon-to-be discovered substance is that the atomic weight tends to fluctuate. Further study will reveal a completely self-absorbed element, with a tendency for electrons to be acquired and then unceremoniously dismissed for no good reason.

eBiochem.com was established in September 2010,focusing on e-commerce model innovation and business practice of bio- pharmaceutical and chemical industry, determining to build the world’s leading one – stop on line trading platform of biochemical industry.
Please feel free to contact us, if you have any question.
Email: support-team@ebiochem.com
Website: http://www.ebiochem.com/