Huperzine A has also attracted the attention of US medical science. It is currently being investigated as a possible treatment for diseases characterized by neurodegeneration –particularly Alzheimer’s disease.It has been found to be an inhibitor of the enzyme acetylcholinesterase.The structure of the complex of huperzine A with acetylcholinesterase has been determined by Xray crystallography (PDB code: 1VOT; see the 3D structure). This is the same mechanism of action of pharmaceutical drugs such as galantamine and donepezil used to treat Alzheimer’s disease. Huperzine A is also a NMDA receptor antagonist which protects the brain against glutamate induced damage, and it appears to increase nerve growth factor levels in rats. 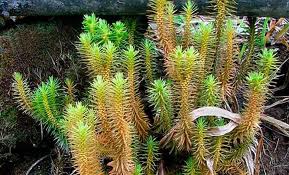 Huperzine is derived from the ancient Chinese herb Huperzia serrata, traditionally used for fever, inflammation and irregular menstruation.Researchers found that Huperzine works in a manner similar to the AChE inhibitors (such as tacrine and donepezil) to impair the ability of AChE to degrade acetylcholine.By inhibiting the actions of ache and increasing acetylcholine concentrations in the brain, HuperzineA has been shown to be effective in alleviating some of the symptoms and side effects associated with acetylcholine deficiencies.Hup A has also been shown to actually increase acetylcholine concentrations, which further improves memory, cognitive processing, and other related brain activity.This product can be use in improving memory disorders,blood vessel of brain disease,,brain trauma,diabetic neuropathy ,Athletic muscle trauma,etc.

If you want to know more, please click here