Milk thistle seed extract comes from the stout flowering plant of the same name, also known as Silybum marianum. The extract is used as as an herbal remedy, detox base, and tea. It also contains antioxidants, making it a helpful nutritional supplement.

Used for thousands of years as a liver cleanser, milk thistle seed extract can also be helpful in remedying gallbladder problems. The herb is used as a treatment for these health issues most commonly in the United States and Europe. Milk thistle has dozens of other names, including lady’s thistle, snake milk, wild artichoke, and kanger. 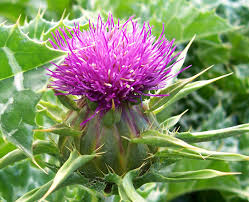 Oral supplements that contain milk thistle seed extract have shown promise in rectifying damage caused by cirrhosis of the liver. The antioxidants present within the cells of the extractmay provide it with cancer-fighting abilities as well. Studies indicate that the herb may slow the growth of certain cancerous cells, such as those in cervical and breast tissue.
Lowering cholesterol may be one of the many milk thistle benefits applicable to humans. Some women drink milk thistle tea in order to combat premenstrual or menopausal symptoms. The tea may also promote stress relief. Many doctors utilize milk thistle seedextract in treating viral forms of hepatitis, with studies showing that some improvements of the liver can result from the regimen.
Learn more,please click here
http://www.ebiochem.com/product/milk-thistle-extract-silymarin-40-hplc-water-soluble-10678