Vitamin B-12, also known as cobalamin, is involved in energy production, nerve function, regulation of red blood cells and DNA synthesis. Although vitamin B-12 probably isn’t the first nutrient you think of regarding bone health, evidence indicates that adequate vitamin B-12 levels are vital for maintaining bone mineral density and preventing the development of osteoporosis. 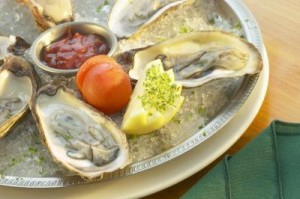 B vitamins, including vitamin B-12, are necessary for proper bone health since they play a role in the synthesis of collagen, a protein that is one of the main components that makes up the connective tissue of bone, according to researchers at Jikeli University School of Medicine. B vitamins play a vital role in collagen formation, and inadequate vitamin B levels have been shown to decrease collagen formation. The findings were reported in the August 2009 issue of “Clinical Calcium.”

High levels of homocysteine, a protein found in your blood, have been associated with increased osteoporotic fractures in elderly men and women. Scientists at Keio University School of Medicine examined the effects of vitamin B-12 supplementation on incidence of hip fractures in stroke patients. They observed that patients taking 1,500 mcg of vitamin B-12 along with 5 mg of folate significantly reduced their risk of a hip fracture compared with those who had a placebo. The vitamin B-12 and folate group experienced greater decreases in homocysteine levels than those in the placebo group. The findings were reported in the 2005 issue of the “Journal of the American Medical Association.”