Circulation problems in your veins may be the result of an illness or a disorder, such as blood clots or poor blood flow. To promote healthy circulation, a variety of herbs are effective in helping to improve circulation in the veins. Note that alternative treatments should never replace conventional treatments. Speak with your doctor before the intake of any herbal supplement. 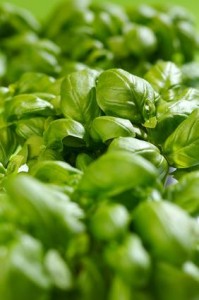 Garlic has been used as medication and food for thousands of years, all the way to the Egyptian time period. The University of Maryland Medical Center says that garlic is effective in helping to prevent circulatory conditions such as atherosclerosis. According to the Memorial Sloan-Kettering Cancer Center, garlic is used to help treat circulatory disorders and enhance blood circulation throughout your arteries and veins. A study conducted by Gordon M. Lowe and Khalid Rahman at the School of Biomolecular Sciences, Liverpool John Moores University in Liverpool, England, found that garlic helps to reduce blood pressure and high cholesterol levels. Side effects of garlic may include upset stomach, body odor and bloating. Also, garlic contains blood-thinning properties, so it’s important to not consume garlic if you are going to undergo a major surgery or are expecting to deliver.

Ginkgo, or ginkgo biloba, is one of the best-selling herbal supplements in the United States. According to UMMC, ginkgo is important for improving blood flow in the veins and arteries, while also treating circulatory disorders such as intermittent claudication. Ginkgo has also been shown to help dilate blood vessels. Ginkgo is considered a safe herb, however, in rare cases, some side effects such as dizziness or gastrointestinal upset have occurred.

Cayenne pepper, or Capsicum annuum or red pepper, is used in countries such as Italy and China to help treat circulatory problems. The Consumer Health website notes that cayenne pepper is also referred to as the “central circulatory stimulant,” as using the spice on a regular basis is efficient in cleansing your whole body, while also helping to improve health conditions such as arthritis, due to a substance known as capsaicin, which has pain-relieving properties. According to UMMC, no harmful side effects of cayenne pepper are known. However, women who are pregnant should avoid consuming cayenne pepper, as it does pass into breast milk.

Hawthorn, or Crataegus species, has been used since the early 1800s to help treat circulatory disorders and improve blood flow, according to UMMC. Hawthorn is considered safe, but rare side effects may possibly occur, which include palpitations or headaches. Also, if are thinking of treating heart disease with hawthorn, speak with your doctor beforehand. http://www.ebiochem.com/