Although no human research supports the use of black walnut as an herbal remedy, according to Drugs.com, it is generally safe unless you’re allergic to nuts, and side effects are uncommon. Black walnut inner bark, leaves, nuts and nut hulls all are used in traditional remedies. Black walnut extracts most commonly include the sticky contents of the outermost hull, but other parts of this tree can be used as well. You can buy black walnut extract at health food stores as liquid extract or as a less concentrated tincture, and also in dried form in capsules.http://www.ebiochem.com/

Dried black walnut plays a traditional role in east Asia for treating cough, asthma and bronchitis, according to Healthline. One particular use is for treating asthma and chronic bronchitis in older patients to improve their appetite and sleep.

Some alternative medicine practitioners believe cancer is caused by parasites, and because black walnut is purported to eliminate over 100 types of parasites, it would be able to treat or prevent cancer if this theory holds true. One herbal remedy for this purpose is a tincture made from black walnut hulls, wormwood and cloves, designed to kill cancer-causing parasites without causing significant side effects, according to the American Cancer Society. The ACS notes that scientific evidence does not support this use for black walnut. Another benefit of the claimed anti-parasite properties would be preventing health problems in people traveling to regions that have contaminated water. 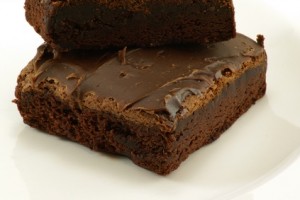 Black walnut is useful for treating various skin disorders and infections. People use it for healing the fungal infections of ringworm and athlete’s foot, as well as eczema, psoriasis, scabbing pruritis, varicose ulcers and syphilis sores, as listed by Healthline. Black walnut is also used for parasitic skin infections and as a treatment for poison oak rash. The Physicians’ Desktop Reference cautions not to repeatedly apply black walnut to skin because it can lead to skin tumors.http://www.ebiochem.com/

Some alternative health care practitioners make many other claims for the benefits of black walnut extract, according to Healthline. These possible benefits include relieving symptoms of gout, rheumatism, glandular disturbances and high blood pressure. Black walnut also may stimulate appetite and work as a mild laxative.http://www.ebiochem.com/

Aside from possible herbal remedies, black walnut extract has the benefit of adding a nutty flavor to foods and beverages. If you enjoy the taste of black walnut, consider adding the extract to cookies, cakes, fudge, ice cream and coffee creamers.http://www.ebiochem.com/