he chaste tree, or Vitex agnus-castus, is a deciduous flowering shrub native to the Mediterranean. Its name comes from an ancient belief that its active ingredients could be used to suppress libido, thereby promoting “chastity.” Modern herbalists have adopted the extract of this plant, appropriately named “chaste tree extract,” for medicinal purposes. While it is most commonly used for conditions of the female reproductive system, men may find it useful as well.http://www.ebiochem.com/

The berries are dried and then prepared into either a powdered or liquid product. Chaste tree extract is available in multiple forms as an over-the-counter dietary supplement. The extract comes in tablets, liquid-filled capsules and alcohol tinctures.

A review of 12 clinical trials published in the journal “Planta Medica” in 2013 found that there may be some value to using chaste tree extract for three female reproductive conditions: premenstrual syndrome, premenstrual dysphoric disorder and latent hyperprolactinemia, which is excess prolactin in the blood. Chaste tree extract outperformed the placebo in seven out of eight trials for relieving symptoms of PMS. The researchers found that chaste tree extract was either equivalent to or less effective than Prozac in the treatment of PMDD. For hyperprolactinemia, two trials found that taking chaste tree extract reduced prolactin levels slightly. A 2005 cell study also described in “Planta Medica” suggests that chaste tree extract may interfere with the growth of prostate cancer cells. According to a 2005 summary in the “American Family Physician,” there is presently no evidence that the substance reduces sexual desire in either males or females.http://www.ebiochem.com/ 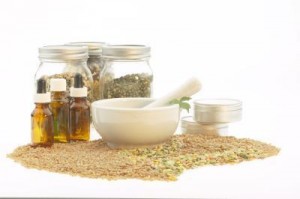