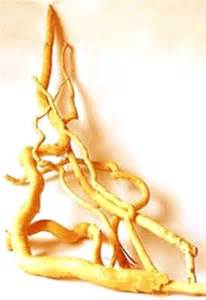 Tongkat ali, also known as eurycoma longifolia jack, is shrub-like plant that grows in parts of southeast Asia. The plant isn’t primarily popular for landscaping uses, however, but is instead prized as an herbal supplement. The effects of this supplement range from hormonal changes to antibacterial activity.

Many of tongkat ali’s effects have to do with the reproductive system. One effect that researchers have uncovered is the herb’s ability to increase sperm count by enhancing spermatogenesis, the process by which the body produces sperm. In a study published in the journal “Clinics,” researchers found that 14 days of tongkat ali supplementation improved spermatogenesis and increased sperm count in rats, even after they were treated with estrogen. Estrogen is the primary female sex hormone and caused reductions in sperm counts in the rats of the control group.

Bacterial infections can cause serious health hazards if untreated. Researchers from the “Saudi Medical Journal” found that extracts from the leaves and stems of tongkat ali plants could be potent sources of antibacterial compounds because of their effects on certain bacteria.
Tongkat ali is used by some bodybuilders and other athletes because of its effects on testosterone production. According to a study from the journal “Natural Product Communications,” tongkat ali supplementation significantly increases testosterone levels. However, this study was performed in rats, not humans.

One effect of tongkat ali that is probably related to the enhancement of testosterone levels is the increase in sexual arousal. A study from the journal “Experimental Animals” found that tongkat ali administration in rats was a “potent stimulator of sexual arousal.”

Apoptosis is the medical term for cellular death. In most cases, a supplement causing cell death would not be useful. When treating cancer, however, inducing apoptosis is very valuable. A study from the journal “Anticancer Research” found that tongkat ali extracts could cause apoptosis in targeted cells.