Shatavari (asparagus racemosus) also referred to as Indian asparagus, is a woody climbing plant that typically grows in shady areas of tropical regions including India, Asia, Africa and southern most China. According to the Indian Journal of Medical Sciences (IJMS), shatavari is recommended in Ayurvedic texts (traditional native Indian medicine) as both a preventative aid and as a remedy for a wide array of health conditions including gastric ulcers and dyspepsia (stomach pain caused by ulcers or acid reflux disease).

Both the root and leaves of the shatavari plan have been customarily used in traditional Indian medicine to rectify a number of medical issues. The IJMS says a number of Ayurvedic healers have found shatavari to be useful in the treatment of nervous disorders, inflammation, liver diseases and some infectious diseases. However there is no scientific evidence to support the use of shatavari for the treatment of these conditions.
According to Journal of Postgraduate Medicine the powdered dried root of shatavari may help to increase milk secretion in women who are breastfeeding. 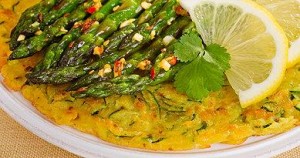 The powdered dried root of shatavari has historically been used in Indian medicine to make a juice that is used to cure ulcers (small holes in the gastrointestinal tract) and gastroparesis (a condition in which the stomach takes too long to empty its contents). Gastroparesis can cause heartburn, abdominal pain, vomiting and diarrhea.

There are number other claimed benefits associated with the use of shatavari. They include assertions that it acts as a diuretic and can rid the body of excess fluid. The boiled leaves of shatavari have been touted as a treatment for conditions ranging from headaches, fever and coughs to diabetes, rheumatism (painful condition of the joints or muscles or connective tissues) and hormonal imbalances.
Shatavari has also been suggested as a stress-fighting herb that works by strengthening the immune system thereby helping the body and mind more effectively cope with challenging situations that may cause anxiety and tension.