The amino acid N-acetyl-cysteine, or NAC, has powerful antioxidant properties. It is a slightly modified version of N-acetyl-L-cysteine and appears to offer the most optimal form of this antioxidant. Antioxidants help prevent inflammation and cell damage, making it potentially useful for a number of conditions. Research indicates it has demonstrated benefits for a wide range of conditions, but not all studies showed positive results. Talk to your doctor before using NAC or any other type of supplement, particularly if you take any medications.http://www.ebiochem.com/ 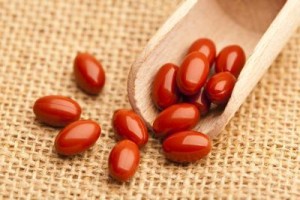 Effective dosages of NAC will depend on your reason for using it. Start with 500 mg daily for general antioxidant protection while other conditions call for higher doses. Talk to your doctor about using this supplement to ensure you take a dosage high enough to produce therapeutic effects but not too high as to cause any problems. Taking more than 7 g daily has been linked to toxicity in the cells–when it comes to natural therapies, more is not necessarily better.http://www.ebiochem.com/

A study led by Muhammed Zarfullah published in a January 2003 edition of Cellular and Molecular Life Sciences found that NAC might help treat degenerative diseases–conditions that get progressively worse–by protecting healthy cells from damage. It also appears to block apoptosis, the process whereby cells self-destruct. Examples of degenerative diseases include Parkinson’s disease and Alzheimer’s disease.

NAC can prevent the mucus buildup characteristic of so many respiratory disorders. NAC can also help reduce the oxidative damage that contributes to respiratory problems. The University of Maryland Medical Center notes research that showed using NAC reduced flare-ups of both chronic bronchitis and chronic obstructive pulmonary disease, or COPD; however, one study failed to show benefit for reducing incidences of chronic bronchitis. Other breathing disorders that might benefit include emphysema, cystic fibrosis and asthma, though not a large amount of research exists as of 2010.

Various outside stressors can wreak havoc on the body such as cigarette smoke, pollution and alcohol. They increase the production of free radicals, unstable compounds that damage healthy cells. Even the healthiest person cannot avoid them all. An antioxidant supplement like NAC might offer general protection but should only serve as a complement to healthy lifestyle choices.http://www.ebiochem.com/

NAC can reduce negative effects brought on by toxic chemicals and medication reactions, especially acetaminophen. This amino acid might also reduce side effects associated with the common chemotherapy drugs doxorubicin and cisplatin. It might also improve immunity. A small study conducted at the University of Genoa and published in a July 1997 edition of the European Respiratory Journal, found those using NAC experienced less severe flu symptoms. Researches S. Deflora, S. Grassi and L. Carati found that taking 1.2 g of NAC daily for six months resulted in fewer flu symptoms; both the group taking the supplement and the group using a placebo had the same incidence of infection with the flu virus, however.http://www.ebiochem.com/

NAC supplementation might raise levels of homocysteine—an amino acid that might increase the risk of heart disease. Supplements can cause nausea, vomiting and diarrhea. NAC might interact with ACE inhibitors and immunosuppressive drugs.